Molokophuket
Phuket Locations
Peaceful place in the south. Nai Harn is not Phuket's longest beach, but it borders the most gorgeous lagoon on the island. The middle of the beach is dominated by the Nai Harn monastery, which has prevented excessive development and is the reason that the beach is generally less crowded than other spots on the southern part of the island.

Nai Harn beach is located in the southern part of the island in the bay and is probably the southernmost beach in Phuket.

It is not very big but was voted as one of the best beaches in the world by TripAvisor readers. It is very cozy and beautiful.

The southern part of the beach hosts a small lagoon safe for swimming that is occupied by families with small children.

There are just a few hotels in Nai Harn, but a very large supply of homes and villas. The bay is sheltered from the wind on both sides by rocky headlands. In high season, many yachts choose the bay for seasonal parking.

The area is filled with people from all over the world. There are many good restaurants and bars with varied cuisines.

What to do in Nai Harn?

Nai Harn Beach is in the top of the best beaches in the world according to TripAdvisor. This is one of the most popular areas in Phuket for buyers and tourists. Everyone wants to stay here. Therefore, property Nai Harn always in high demand. 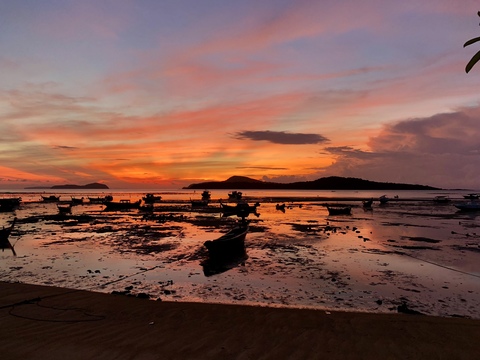